On March 18, 2019, the 11th Circuit ruled that a purchaser of receivables from a Medicare Advantage Organization (“MAO,” also known as Medicare Part C) cannot sue a medical services provider for failing to repay the MAO on behalf of a Medicare beneficiary in a timely manner. Although the court missed a point or two as it relates to standing, the court clearly set the limits for MAOs and their assignees’ ability to sue using the Medicare private cause of action. The bottom line: While primary plans can be sued, other entities—such as providers—cannot. This is welcome news for the legal industry as other courts have not always applied such a strict and, in our opinion, correct construction to the Medicare Secondary Payer (“MSP”) laws, including its private cause of action. The ruling also leaves the door wide open for arguments that MAOs cannot use the private cause of action to sue any other entities, such as attorneys, trusts, qualified settlement funds, or even lien resolution administrators.

We have been closely following the MAO saga in and out of the courts. Over the past seven years, there have been countless state and federal suits designed to test the limits of MAOs’ or their assignees’ rights to step into personal injury settlements—often well after the fact—and seek recovery for medical bills paid under the auspices of the Medicare Secondary Payer Act (“MSP”).[i]  The trend in the federal courts was clearly favoring the MAOs at least in terms of their right to pursue primary plans under the Private Cause of Action theory (“PCA”),[ii] but the courts have been faced with a new challenge—namely, what happens to those rights when an MAO transfers its right to sue under the MSP to a third party, such as a company that enters into an assignment agreement with an MAO. After a number of cases where standing was at issue,[iii] along comes Tenet.

In Tenet, an MAO (Florida Healthcare Plus, Inc. (“FHCP”)) paid for an enrollee’s medical bills, which had arisen from a car accident. The enrollee received treatment at St. Mary’s Medical Center. Two plans covered her treatment, with Allstate being her private insurer and primary payer, and FHCP, which also covered her treatment as the secondary payer. Instead of billing Allstate first, however, St. Mary’s billed both Allstate and FHCP for the same medical treatment. Both plans paid St. Mary’s.

Several months later, without any request from FHCP, St. Mary’s reimbursed FHCP for its full prior payment, or around $286. FHCP subsequently assigned its MSP Act claims to La Ley Recovery, which in turn assigned those claims to MSPA Claims 1, LLC (“MSPA”), a company formed to recover Medicare Part C claims held by MAOs. After the assignment, MSPA sued St. Mary’s and its parent hospital group, Tenet Florida, Inc. (“Tenet”) over the delayed $286 repayment to FHCP. Tenet moved to dismiss and the district court granted the motion. MSPA appealed to the 11th Circuit, which agreed with the district court.

In its decision, the 11th Circuit provided a very clear picture of the MSP’s statutory construct and attempted to clarify the role of MAOs. The court also took a hard look at the Private Cause of Action theory and determined that it permits MAOs (or their assignees) to sue primary plans but not medical providers.

Here are some key takeaways from the 11th Circuit’s findings:

The court also distinguished the cases where a primary plan fails to repay an MAO (or its assignee) from those where another entity fails to repay on a timely basis. The court reasoned that Congress intended to provide a way for primary plans to be held accountable under the private cause of action, but did not choose to extend such rights to any entity that fails to pay.

SO, WHERE DOES THAT LEAVE THE SETTLEMENT COMMUNITY?

MSPA may decide to appeal to the Supreme Court, which is not likely to take up this issue unless there is a split in the circuit courts. However, we will continue to keep a close watch on this battle on the Medicare Part C waters, as we await other court rulings to see whether these privateers have their letters of marque restored or rescinded on behalf of the MAOs, under whose flag they are sailing to the courts. 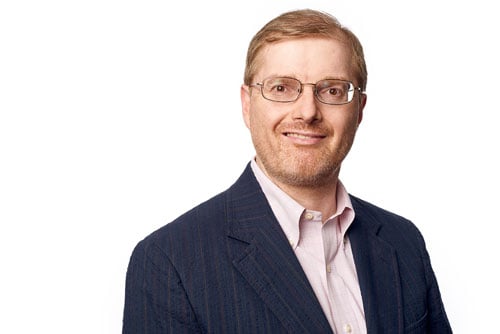