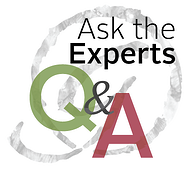 Q: I am currently trying to figure out how the process of Medicaid recovery relates to the MMSEA Sec. 111. In a current matter, there does not appear to be any Medicare liens, as the plaintiff is not a Medicare beneficiary. However, there are a large amount of Medicaid (RI) liens. From the information I have gathered in previous experience, Medicare trumps Medicaid recovery. What happens if there is only Medicaid? Also, is the insurer required to report settlements for cases where there is only Medicaid? Thank you for your assistance and guidance.

A: The Medicare, Medicaid and SCHIP Extension Act of 2007 (“MMSEA”) requires reporting by the responsible reporting entity (“RRE”) if a settlement, judgment, award or other payment is made to a Medicare entitled claimant, subject to thresholds for reporting.  Reporting is also required when the RRE accepts responsibility for on-going responsibility for medicals (“ORM”).  ORM typically occurs in workers’ compensation situations; but again, only for Medicare entitled individuals.

MMSEA reporting is required even if Medicare has no liens that need to be resolved. If the claimant is entitled to Medicare then the RRE is required to report, regardless of whether Medicare has paid any medicals associated with the injury. Section 6.5.1 of Version 3.4 of the User Guide states that “Information is to be reported for claims related to liability insurance (including self-insurance), no-fault insurance, and workers’ compensation where the injured party is (or was) a Medicare beneficiary and medicals are claimed and/or released or the settlement, judgment, award, or other payment has the effect of releasing medicals.”   The RRE should obtain the data points to determine Medicare entitlement and if the claimant is entitled then report.  Those five data points are:

If the claimant is not Medicare entitled, but has received benefits from Medicaid, the claimant does have an obligation to reimburse Medicaid for conditional payments, but the settlement would not be reported under MMSEA.

Medicare has even stated that if a settlement is reported under MMSEA and the claimant is not entitled to Medicare, then the file will be rejected.

You are correct, Medicare is primary to Medicaid,  however, since  Medicare has no interest in this settlement, then the only reimbursement concern that you have is with Medicaid.